Don has over thirty-seven years of experience representing interests of his clients.  Don’s practice has focused on complex commercial litigation, including class actions and mass tort actions.  He has been appointed to executive committees and as lead and co-lead plaintiffs’ counsel to represent injured parties against large companies alleged to have engaged in consumer fraud, health care overcharges, and selling defective products.  A native of Kennett, Missouri, Don grew up around farming.  He also has fought for farmers and others in the agricultural industry in cases involving defective seed, market disruption based on premature release of genetically modified seed, herbicide drift resulting in crop loss, and government mistakes in loan program payments.

Don’s tireless advocacy and negotiating skills have resulted in verdicts and settlements of over $3 billion on behalf of many thousands of injured persons and businesses.

Don also is highly experienced in individual disputes, including fraud, breach of contract, negligence, securities, antitrust, and professional malpractice.  After clerking for a federal judge, Don began his legal career at a large defense firm, where he was managing partner of its St. Louis office.  He understands defense thinking and business concerns, valuable assets when advising and advocating for clients injured in commercial dealings.  Don also served as Deputy Attorney General for the State of Missouri, placing him in the front row of policy disputes and governmental issues.  He succeeded in having the photo ID requirement declared unconstitutional in Missouri (Weinschenk v. State of Missouri) and can navigate regulatory and administrative challenges.

Don has been consistently recognized as among the top litigators in this state and the country, receiving numerous prestigious awards.  He has also been honored by, and elected to leadership positions in, numerous organizations including such influential positions as Chair of the University of Missouri’s Board of Curators.

Don is licensed in Missouri and Illinois, before the Supreme Court of the United States, the Eighth Circuit, and U.S. District Courts for the Eastern and Western Districts of Missouri. 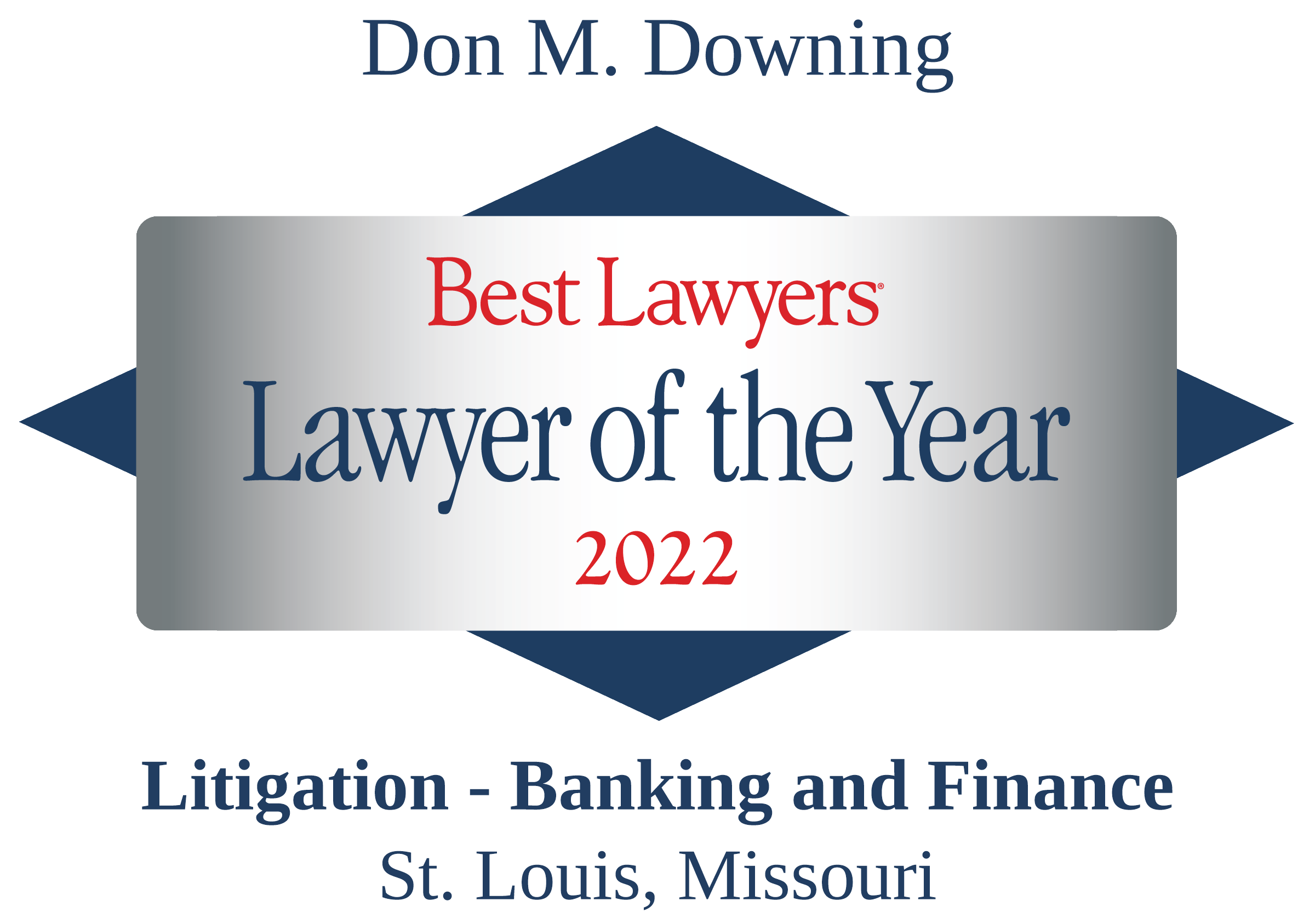